Art Stewart: Tom, despite the evolution in media diversification, collective perception control continues to be the domain of the ‘establishment’ or institutionalized ‘corporate’ media. What has your research revealed regarding this continuing context?

Tom Cooper: From our research, the number one concern that respondents expressed is the notion of telling the truth. We learned that a large concern for Americans was how do you find out who is telling the truth, if anyone? They felt the media are biased; one third believes it is biased to the right, two thirds believe it is biased to the left. The survey sample spanned the mainstream American public. A small 5% margin indicated they actually like the media. The issues around truth-telling include sensationalism, inflammatory presentation styles, advertising deception, etc.

The second consensus to emerge from the data was a concern over excess. Most of those polled find the media excessive in one way or another. In addition to the obvious sex and gratuitous violence, they also deemed advertising as excessive. The annual Super Bowl telecast now comprises 42% of advertising content. Another factor identified is what we call “smotherage.” You don’t hear a report of Brittany Spears shaving her head once – you hear it repeated over and over to the point of saturating our consciousness with distraction.

Art Stewart: This “smotherage” phenomena, I would assume, has psychological impact. It promotes an almost dysfunctional mindset on the part of media consumers because they’re distracted with an overabundance of irrelevant or peripheral content that promotes avoidance of real issues…

Tom Cooper: It has many negative, and in some cases, untested side effects – or even full frontal effects. The biggest danger is a new epistemology – the sense that we have knowledge of things that we have no first-hand experience of.

People walk around all the time spouting opinions that are basically recycled programming from the media. It’s a huge danger for our way of thinking. Plato warned us that when writing came out, we’d have this false sense of knowing things. People would be walking around talking about knowing something. 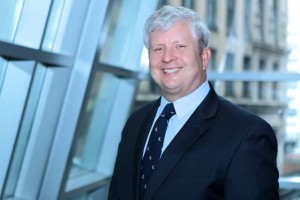 I ask my students, “Would you rather have a lifeguard for your child who has had ten years of swimming instruction – or one who read a book about swimming?” A false or artificial sense that you know something is very dangerous to society.

Another concern is relationships. Divorce lawyers purport that one of the third highest causes of relationship breakdown is the effect of media saturation. We are living in an escalating non-relationship society, where a man actually married his video game a few years ago in Japan, which most people thought was a publicity stunt. To me, it was a metaphor as it correlated with a new statistic: That was the first year that human beings spent more time with machines than with each other in face-to-face interactions in our now wired world. Of course half the world is not wired and that’s another ethical concern; there are more telephones in the city of Tokyo than there are on the entire continent of Africa. The media world is rich with saturation issues.

Art Stewart: “Smotherage” influences the exercising of power with authority figures, does it not? The public may assign a degree of authority to a public figure that is undeserving or unwarranted because a well-funded public relations operation can impart its own stream of smotherage upon the journalists who cover that figure?

Tom Cooper: Let me be clear that I am not a media basher. There are many very encouraging developments within our modern media industry. We are talking here about the ethical component of journalism; what I term the ‘red-light ethics’. The dangerous ethics issues rather than the yellow or green-light concerns.

What’s considered the red zone is growing – due to the 1,000 channel universe. Every day another newspaper folds, the competitive landscape shifts, leading to greater media gullibility. People have very little time to double check facts. Somebody sends an item from Wikipedia, for example, and they’re much less likely to check it. That intensity of competition is part of the smotherage. Online outlets receive hundreds of press releases, many of which are disguised as stories that do not reveal the true author or source of the information. Often it is someone with a financial interest in advancing a point of view; they create a perception that relies on straying from the facts in order for it to hold. Being barraged with instant updates and mobile messages on hand-held devices reinforces overwhelm.

Art Stewart: In your latest book, Fast Media: Media Fast, you examine the impacts of social media and mobile technology…

Tom Cooper: Absolutely, basically from the same idea that Thoreau has. In his day, Thoreau wanted to escape the gossip and social conditioning of his small town when he went to Walden. In my book, I invite people to take a day, week, or a month to transcend the media of the moment and regain a perspective on their lives and their purpose. What should we do with our consciousness that’s filled with electrocution you might say, or recycled programming? Thoreau deliberately transcended this grip to inspect his consciousness so that he might gain a new perspective on whether we have original thinking or not.

Art Stewart: From the perspective of journalists, the large media institutions, and values-conscious corporations that are motivated to authentically communicate responsible approaches to business practices – what remedies should they employ to ensure a more ethical context?

Tom Cooper: I’m big on Mahatma Gandhi in that we must “be the change we wish to see in the world.” For me, I’m very concerned about the likes of the National Enquirer and not gossiping away about everybody on my street. The right behavior needs to be more credibly, and thoroughly, modeled from the top.

If the CEO and his/her deputies don’t know what the ethics code is and aren’t actually living the practices within the code, there can be no enterprise-wide change – regardless of what the lip service or corporate rhetoric is. Emerson said, “Stop talking. Who you are thunders over you so loudly all the time I can’t hear a word of what you’re saying.” The first remedy is, therefore, that we have to live what we advocate.

It is also critical to constantly seek to acquire universal buy-in. When we create codes that are imposed from the top down or by outsiders (such as legal counsel or even ethicists), where people haven’t had a role in creating or renewing those codes, our research shows that those codes have less teeth. We also need to make sure our codes have various sanctions that are articulated. In some organizations and business contexts, you can lose your license; in others, you can be sanctioned for months and then return to the group. If people aren’t aware up front of what the specific ethics violations are, and how they will be enforced at every stage, they have less credibility – therefore less authority and enforceability.

It is very important for people to constantly discuss ethics. Companies that don’t provide forums (such as workshops, where ethical issues and situations may be examined) or where there is little education about the consequences of decisions and choices, tend to do much worse on the ethics report card than those that are evolving their universal codes of standards and practices.

A fair amount of my work centers on issues of race and gender. Media ethics and cultural diversity often overlap; here the three greatest enemies of ethics are egocentricity, ethnocentricity, and entitlement. When the individual is self-centered, they tend to be unethical and support unethical practices. When the group, cluster, or community is self-centered, we call it ethnocentricity – which tends to dominate and lead to a sense of entitlement to other people’s money, land or rights, etc. Historically, this has been the crux of the ethics dilemma – the issues that pertain to prejudice, fairness, and discrimination. Most people at one time or another feel unfairly treated, whether by employers or by other races, and so forth. In our current time, the struggle has focused on LGBT people and those with disabilities.

The opposite of these three pertain to a true, multicultural understanding: Selflessness rather than self-centeredness, or at least enlightened self-interest. A dedication to a constant sensitizing of oneself to others’ view of the world. AS

Thomas Cooper is the author, or co-author, of seven books about media ethics and criticism as well as over a hundred articles and reviews. From 1975-1980, while at the University of Toronto, he was an assistant to Marshall McLuhan, the renowned communications theorist who originated the phrase, “the medium is the message”. Tom is the recipient of numerous fellowships, awards and grants, and continues as a speechwriter for the former CEO of Puma. He was the Founding Director of the Association for Responsible Communication – which was nominated for the Nobel Peace Prize in 1988. He has taught at Harvard University (his alma mater), the University of Hawaii, University of Maryland, Temple University, and has been a Professor of Media Ethics at Emerson College in Boston for three decades.

Get our E-Letter: What Matters Most!